Cost: Please fill out your name and email so that we can update you with the latest costs and specials.

Prices may vary due to currency fluctuations and change in government tax.

On arrival at the New Delhi airport, you will be met by our representative who will transfer you to your hotel, assist you at check in the hotel, handover and explain all travel related documents. Later proceed for the half day city tour of New Delhi.

In the afternoon visit Qutab Minar, the tallest stone tower in India. India Gate – A War Memorial Arch. Also drive past the President’s house, Parliament house, Government secretariat buildings and Connaught place – at the heart of New Delhi and a busy shopping centre.

After breakfast proceed for the half day city tour of Old Delhi. In the old city visit the Red Fort built by Emperor Shah Jahan. This one of the largest mosques in India. Then head to the Raj Ghat, the memorial of Mahatma Gandhi and enjoy a walking tour in Chandni Chowk- the silver street of Delhi bustling with activity.

Post lunch drive to Jaipur 275kms. Check in at your hotel.

This morning you will drive 11 km to the outskirts of the city to visit Amber Fort, the ancient capital of the State until 1728. Visit the Temple of Kali, the Hall of Victory or Jai Mahal and Jagmandir.

In the afternoon visit the Observatory, the Palace of Winds and the museum which has an interesting textile section, which contains dresses and costumes of the former Maharajas and Maharanis of Jaipur. Spend time in crowded lanes of pink city, haggling and souvenir-hunting in the evening.

Return to the hotel for overnight stay.

Morning after breakfast drive to Ranthambore. On arrival check in at your Hotel. Lunch at the resort. Afternoon game drive to the National Park in an open vehicle.

Morning & evening game drives in the park. Meals at the resort. Overnight in Ranthambore.

Ranthambore has an area of 400 sq. km encompassing rocky hill crests which descend to open valleys between the Aravalli and Vindhya ranges, dotted with water pools and fruit trees, this park gets its name from the thousand year old fortress which looms above the forest.

Well known for the diurnal activity of tigers, Ranthambore is a very special and unusual area where a natural present meets a historical past. You have the chance of seeing Sambar, Cheetal, Chinkara, Nilgai and Languor.

Morning game drive in the national park and after breakfast drive to Agra 265 kms/5 hrs drive. Enroute stop at Fatehpur Sikri, the ancient abandoned Moghul capital. This 16th century capital of Moghul emperor Akbar is a complex of forts, palaces and mosques built in sandstone. The city was later deserted due to lack of water. The white marble Tomb of Sheikh Salim Chisti, Akbar’s spiritual adviser, is now observed as a Muslim pilgrimage.

Overnight at your hotel in Agra.

After breakfast, proceed to visit the famous white marble mausoleum, The Taj Mahal.

Later proceed to visit the red sandstone Agra Fort which stands like a crescent on the banks of the Yamuna River enclosed by a forbidding 20-meter high walls, with a 12- meter moat between them.

Check out from your hotel.

Evening transfer to the railway station to board 01st Class A/C Sleeper class overnight train at 20:50 hrs to Jabalpur (Kanha National Park). Our representative will assist you in boarding with baggage. He/she will make you are comfortable in your private coupe in the train. This is secured and then you can enjoy your packed dinner provided by us. Overnight in the train, bedding is provided by the Indian Railways within the train.

Meeting and assistance on arrival at Jabalpur railway station at 0715 hrs. Drive to Kanha National Park 210kms. Stop at a midway motel after 100kms to freshen up and enjoy some tea or coffee and breakfast. Drive onwards to Kanha.

On arrival check into you Lodge. Lunch at resort and afternoon game drive to the national park. Dinner and overnight at Chitvan Jungle Lodge.

Wake up at 05:00 am for tea or coffee with biscuits and proceed for the morning safari to the National park. Kanha’s sal and bamboo forests with rolling grasslands and meandering streams stretch over 940 sq km in dramatic natural splendour which form the core of the Kanha Tiger Reserve created in 1974 under Project Tiger. Return from Safari around 11:30 am. Freshen up, and Lunch is served.

Depart for evening safari to another zone of Kanha National Park.
Return at 6 pm from safari. Dinner and overnight at your Lodge.

Wake up to a morning cup of tea, or we call it the cup of peace, and get ready for another day of adventure in the National park. Both a morning and afternoon game drive are included. Return to your lodge for both lunch and dinner. Then over night.

Morning game drive to the national park and later drive to Bandhavgarh National Park 280 kms /6 hrs. On arrival check into the Resort.

Breakfast, lunch and dinner at the Lodge. Morning & evening Jeep drives in the park.

The National Park is best known for its high density of Tiger in the whole of India. This is the place where famous white tigers of Rewa were discovered. The other wild attractions in the park include Leopards, Blue Bulls, Indian Gaurs (Bison) Chausingha (Four Horned Antelopes), Spotted Deers, Sambar Deer, Wild Boar, Sloth Bears, Foxes, Jackals and Dohl Dogs.

Breakfast, lunch and dinner at your Lodge. Morning & evening jeep safaris in the park will be conducted in search of the amazing wildlife in the park.

Morning game drive to the national park and after breakfast drive to Khajuraho 280 kms/6 hrs drive . On arrival check into your hotel. Later there will be a city tour of Khajuraho.

Khajuraho is India’s second biggest tourist attraction. Khajuraho has the largest group of medieval temples that are adorned with numerous sculptures of extraordinary grace and delicacy celebrating the stylized and refined courtly accomplishments of beauty, love and creative arts. Once the religious capital of the Chandela Rajputs, the temples of the city date from 950-1050 AD. A wall with eight gates encloses the entire area and two golden palm trees flank each of them. Originally, there were over 80 temples, of which only 22 are now remarkably preserved. The set of temples at Khajuraho celebrating Hindu religious thought in its mystifying variety of scope and inclusion stands distinguished from the rest of the Hindu temples. The temples highlight the existential ethos in religion that venerates ‘Yoga’ and ‘Bhoga’. ‘Yoga’ is union of the self with the Almighty, while ‘Bhoga’ is the path to God through physical pleasure. The temples at Khajuraho, dedicated to physical love and pleasure are a testimony to this philosophy. Declared a World Heritage Site in 1986, Khajuraho is a prominent, must-see destination and its temples are India’s unique gift to the world as they capture life in every form and and mood in stone. Evening sound and light show at Khajuraho. Overnight at your hotel in Khajuraho.

Afternoon transfer to the airport to board the flight for Varanasi. Meeting and assistance on arrival at Varanasi airport and transfer to your hotel.

In the evening you will have the chance to visit the “Ghats” or bank of the Ganga River. This is a fascinating walk as you can experience the cultural ethos that guides the life of the pious. See the rituals that take place to the setting sun and the ceremonies that are performed in the river. As boats float down-stream, some carrying goods, fruits and vegetables, you will see others carrying the pious who perform ceremonies along the river.

In the early morning take a boat ride at dawn down India’s most sacred river, The Ganges. Sun rise at the holy river is a truly tranquil and breath taking sight with pilgrims standing waist-deep in water, praying to the rising Sun. Past these bathing ghats, see the “burning ghats” where the Hindus cremate their dead. This is done with great religious fervour which makes for a moving experience. On your return walk through the streets of the old city. See the famous Vishwanath temple with its spires covered with gold, dedicated to Shiva, the presiding deity of the city.

Return to the hotel for Breakfast.

Later visit the Benaras Hindu University founded in 1916 and its famous Museum – Bharat Kala Bhavan which houses one of the finest collections of Mughal miniature paintings and brocade textiles. The Bharat Mata and Durga Temple and also visit Sarnath a city located 13 kilometres north-east of Varanasi near the confluence of the Ganges and the Gomati rivers in Uttar Pradesh, India. The deer park in Sarnath is where Gautama Buddha first taught the Dharma and where the Buddhist Sangha came into existence through the enlightenment of Kondanna. Singhpur, a village approximately one km away from the site, was the birthplace of Shreyansanath, the eleventh Tirthankara of Jainism, and a temple dedicated to him.

Overnight stay at the hotel in Varanasi.

After breakfast you have you’r first morning for leisure activities. Later you will be transferred to the airport to board a flight to New Delhi at 15:10 pm.
Arrive New Delhi at 16:35 pm and transfer to your hotel. Overnight at New Delhi.

After breakfast visit Akshardam Temple. Swaminarayan Akshardham at New Delhi is a Mandir (Temple) – an abode of God, a Hindu house of worship and a spiritual campus dedicated to devotion, learning and harmony. Timeless Hindu spiritual messages, vibrant devotional traditions and ancient architecture all are echoed in its art and architecture.The mandir is a humble tribute to Bhagwan Swaminarayan (1781- 1830), the avatars, devas and great sages of Hinduism.The traditionally-styled complex was inaugurated on 6 November 2005 with the blessings of HH Pramukh Swami Maharaj and through the devoted efforts of skilled artisans and volunteers. Board a boat and sail through thousands of years of ancient Indian history. Experience the lifestyle of the Vedic era.

Return to Hotel to freshen up before heading to the airport for your onward International flight. 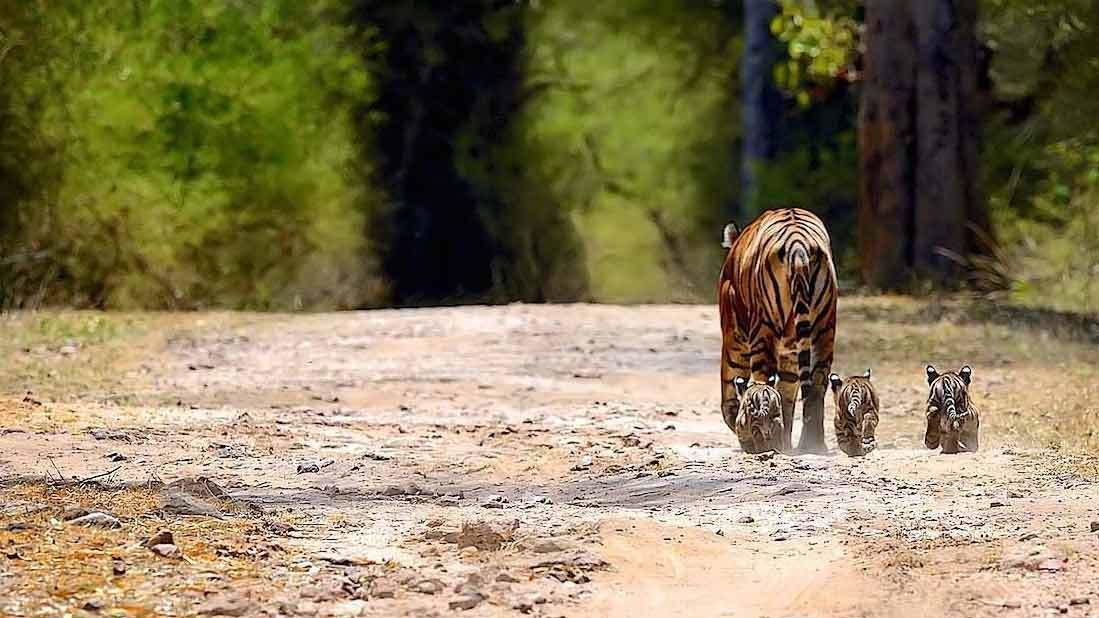 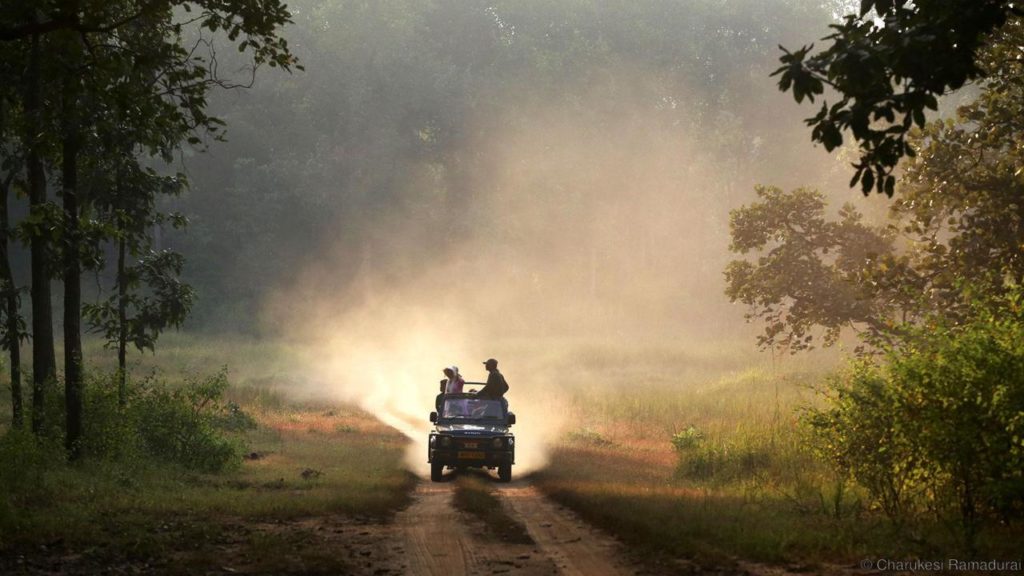 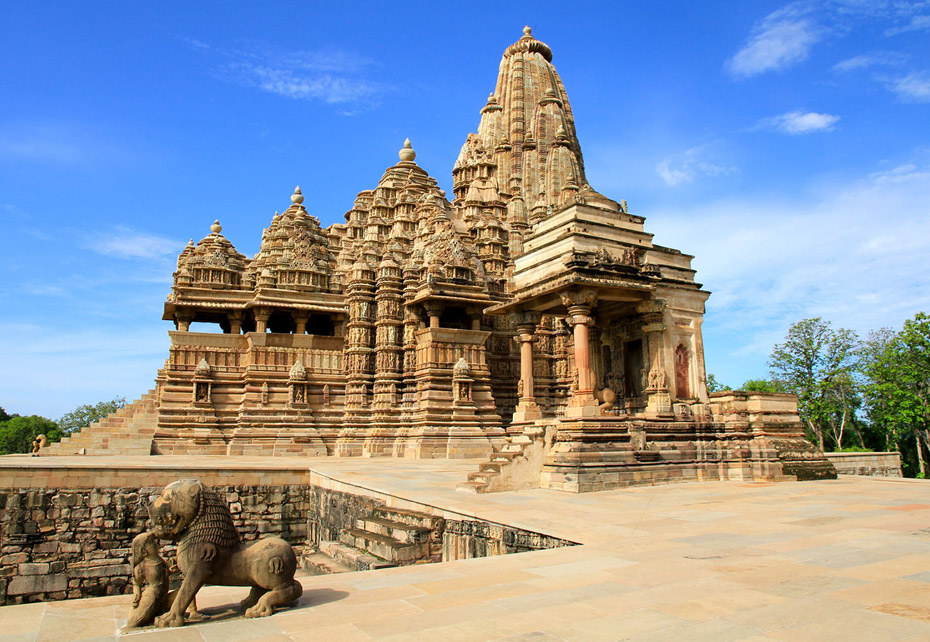 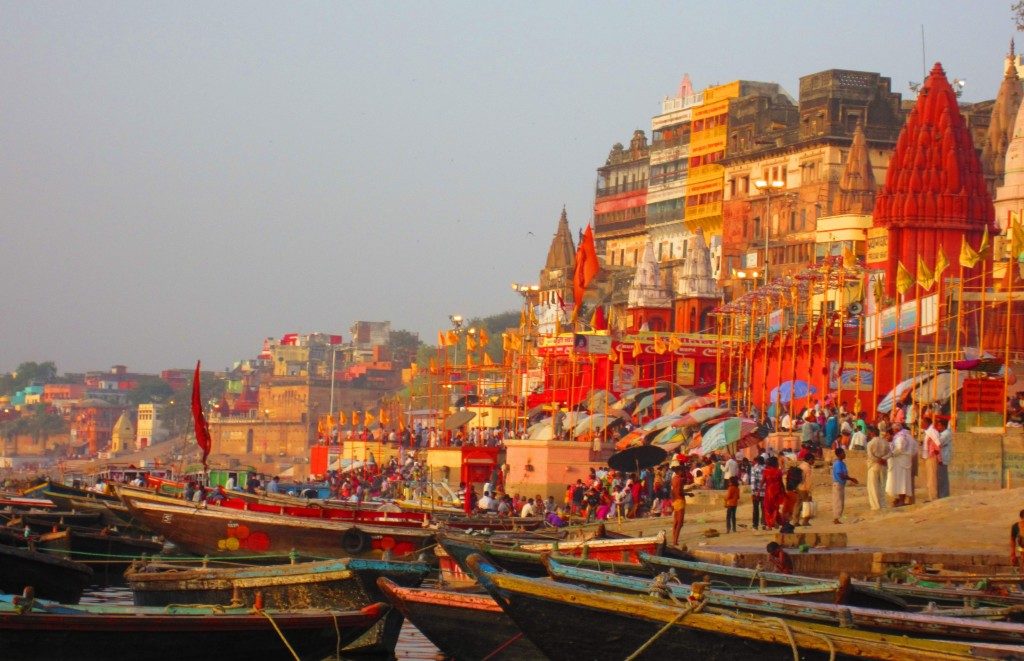