While my wildlife story began in The Okavango Delta as a young boy I had not yet visited the area with Claudia. We planned a make shift Self Drive Safari with us and my family. Our destinations were Khwai Community Development Trust and Savuti. We travelled over what is known as the green season. The probability of rain is very high and the temperatures would be high. Now while the rain itself is not an issue the terrain can become almost impassable. While its fine if you staying in a lodge that has 3 spare Land Rovers and a tractor to pull you out we would have to make a plan.

We needed not worry yet as we had made an impulse decision to head to Planent Baobab for one night after we landed in Maun. This was a superb start to our trip and thanks to a very dear and trusted friend in Maun who recommend it to us we saw meerkats on what would be a completely private outing. Planet Baobab is clean and comfortable. The bar and restaurant serve good food. Not Gourmet but really decent meals. Of course the meerkat excursion stole the show.

We followed and photographed this amazing group of individuals for 3 hours. We had done a similar thing in Tswalu when we stayed there but this was special. We happened to be the only two people who went that day which meant we had free reign over how long we wanted to stay as well as what images we wanted to capture. We highly recommend it. There are however two things to consider. Firstly you may join a large group. The day before there had been two vehicles each with 9 people on board. The second thing to consider is that the drive from Maun is not as easy as it use to be. The Road from about 70 KM’s outside Maun is really bad. Potholes stretch the entire width of the road forcing you to leave the road completely at times. It also slows you down and what would normally take you 2 hours will now take you 3 or more. If you blow a tire to may be longer. So drive with caution and give yourself plenty of time. 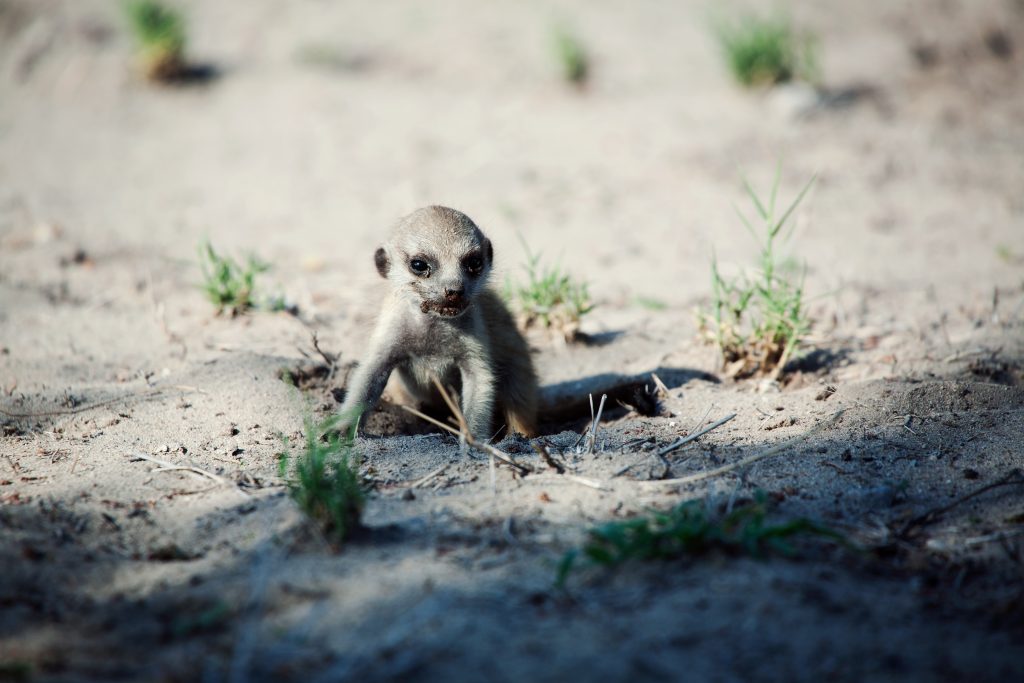 After the excursion in the morning we headed out after lunch. If we had known how long it would take to get to Khwai we probably would have left earlier. After a long 8 hour drive we arrived in Khwai. Our family had headed in a day or two before and had set up camp. This made the evening a whole lot easier. They had cooked dinner and had cold drinks ready and waiting! This would be similar to what you would get on a mobile Safari. The drive took a long time the road between Maun and Khwai was ok but had a few detours. This made it longer but not impossible. The road is forever changing and what could be an innocent mistake could men being stuck for a few hours. Always give yourself more time then you require. The mobile operators know the roads and drive them often so they can do it much faster.

We spent 4 wonderful nights here. In general the game was quiet. The local guides at the lodges were also drawing a blank. This can happen and we knew what to expect. As a first time traveler we would always recommend traveling in the dry season as your chances of seeing wildlife is higher. We also think there is an element of luck but with a hard working guide and patience from the guests you will see things. Good animal karma we like to call it. Not having to much around we decided to head into Moremi Game Reserve which borders the Khwai Community area. After tracking a male lion for some of the morning we located him. It was not a long encounter and he moved off fairly shortly after we found him.

Continuing into Moremi we wondered through the area taking in the wonderful flood plains and mature Mopane tree islands. We saw plenty of general game and enjoyed great sightings of Buffalo, Giraffe, lechwe and more. We got very excited when we heard alarm calling monkeys only to locate the troop on the other side of the river. We were helped by a lovely guide from bushtracks who had found a pair of lions that morning and we spent some time with them before leaving them in a peaceful sleep. Heading back for our campsite and some much needed lunch. We would definitely recommend the northern part of Moremi. It was actually much quieter in terms of vehicles than Khwai and the area is picturesque. This may be seasonal. 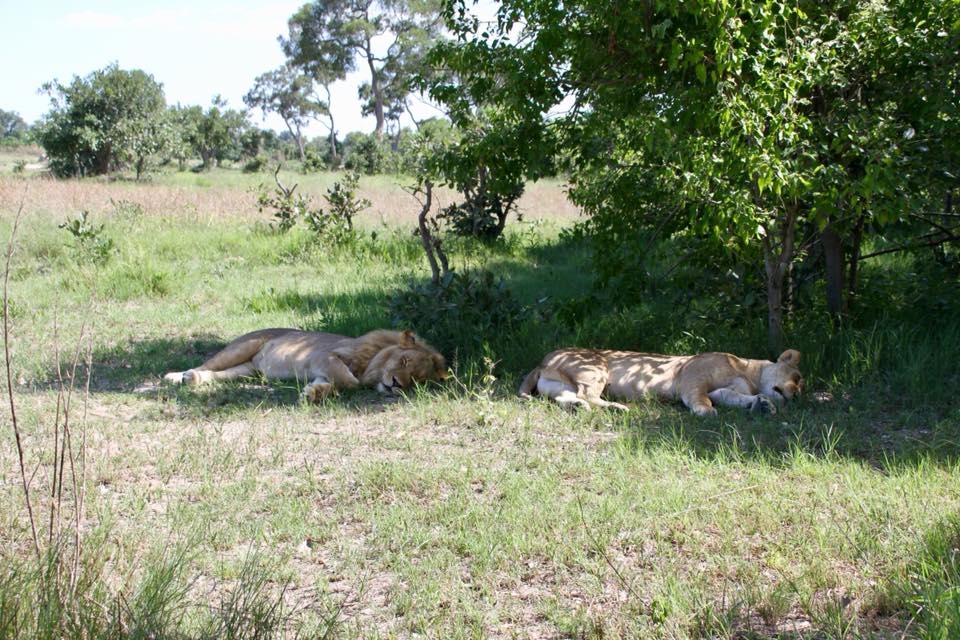 Our go to spot in Khwai was the hyena den site. Claudia loves hyenas and while I have an absolute fascination with them I cannot help but put them in a healthy second behind Leopards. We had only had one good viewing of the youngster there but enjoyed the drive to this area and found all sorts along the way. 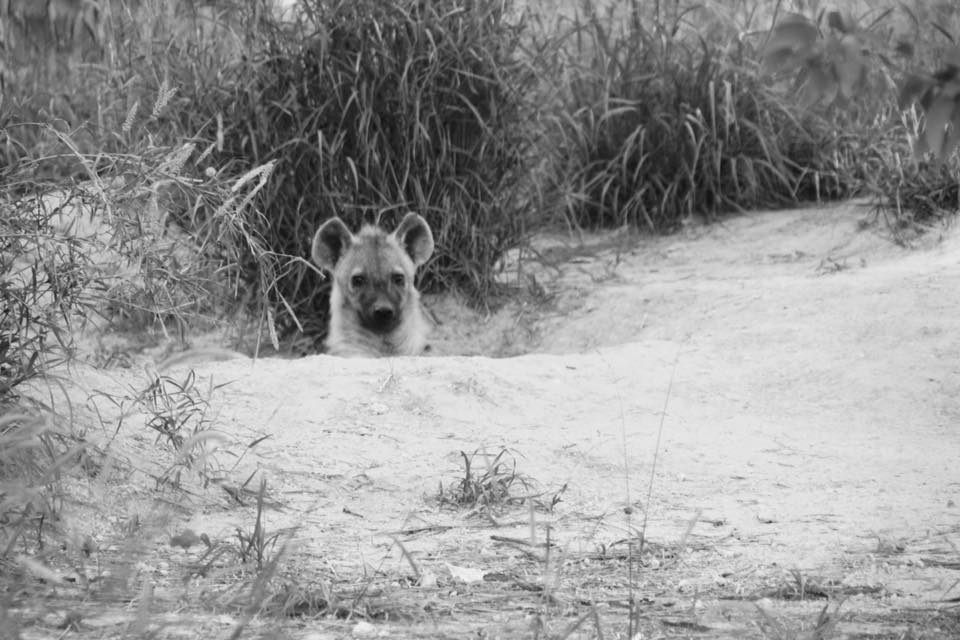 After our wonderful time in Khwai we headed for Savuti. The drive is a fairly long one but its a game drive the whole way through. This drive always brings back memories of African Wild Dogs, although we always call them African Painted Wolves. This stretch of road was the first place I saw them. Although we would not see the dogs on this trip we certainly were in for a wonderful 3 nights in Savuti. Again this time of year is quiet. We had much of the marsh to ourselves and Claudia and I spent a lot of time exploring and trying to find our own animals. We were rewarded with Tsebe, Zebra, Ostrich and a quick honey badger! It would be the wonderful Leopard that would steal the show! Claudia had begun to doubt my guiding skills and would be surprised again when we heard lions roaring on our last morning and gauging the distance headed for where I believed the beasts might be. Two large males lions appeared out the sage roaring straight towards us. It was a great sighting and we spent a good hour with them before they too collapsed in the shade. 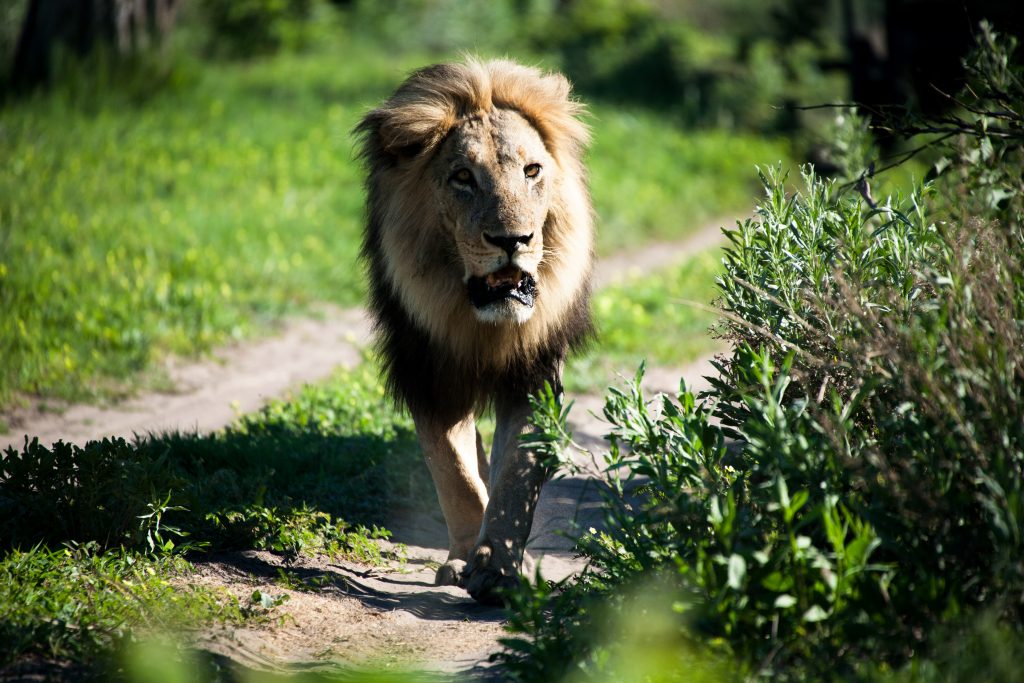 This was a fantastic trip in many ways. First Claudia got to see how I had been doing camping in Botswana and seeing where I first fell in love with Wildlife and guiding. We explored new areas for her and found our own animals. Although we did get some help here and there from the local guides ;). They were great, always ask those passing you by and let them know if you have seen anything even if its a Zebra herd. All the wildlife is great and carrying good animal karma is the name of the game!